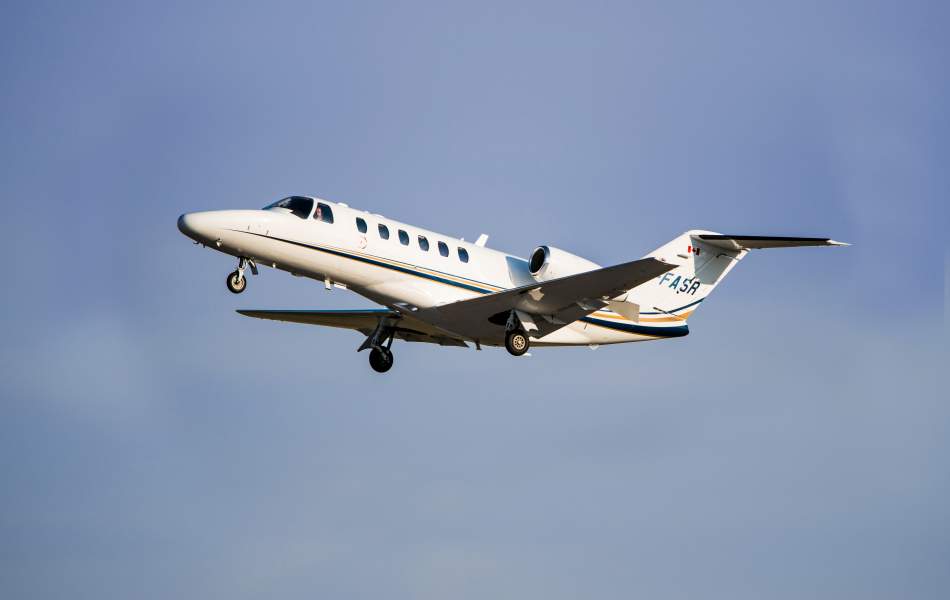 Swaths of the country are reopening in the coming weeks and months. As stay-at-home orders recede, getting where you need or want to be is set to change dramatically.

Airlines are cutting flights as much as 90% for the foreseeable future. It’s unsure how soon networks and frequency will be restored. Before the COVID-19 Coronavirus pandemic, those flights took millions daily to important business meetings, family visits, long-awaited vacations and short-weekend getaways.

Hub flights to smaller cities will be the last to normalize, predicted David Best, a senior vice president of General Dynamics’ Jet Aviation. He was speaking yesterday morning during an online panel hosted by Corporate Jet Investor for industry executives.

About 80% of U.S. private flights are under two hours, driven by the efficiency of flying nonstop instead of connecting.

Then there’s the issue of not getting sick when you travel. With over 45,000 COVID-19 deaths in the U.S., until there is a vaccine or cure, social distancing and minimizing situations where we are in large groups of people will be paramount.

An observatory study done by European private jet charter operator Globe Air found that transiting passenger terminals at airports and flying on a commercial airliner creates around 270 possible person-to-person interactions where one could be exposed to Coronavirus versus less than 20 on private flights.

That research doesn’t even account for bacteria, germs, and fungi that could be lurking on the surfaces of aircraft cabins. It’s not just your tray table. The Canadian Broadcasting Corporation found your headrest had the most filth. Its report noted nearly half of the surfaces swabbed on airline flights contained levels of bacteria or yeast and mold that could put a person at risk for infection.

All of the above leads many in private aviation to expect an influx of new fliers. Eighty-five percent of the over 600 business aviation executives on the Corporate Jet Investor webinar said they are very or fairly optimistic about their company’s future, even though business for many is off by as much as 80%.

Whether it’s health risk concerns or just getting where you need to be, people and companies that have the means to fly privately, but had previously eschewed it, are now looking at the options.

If you’re a person who may have flown privately a few times, or not at all, and never justified the time savings, privacy and efficiency, but are taking a fresh view, this guide is designed to point you in the right direction.

Where do I start?

Excellent question, and one that believe it or not, alpha successful folks don’t always consider as they charge in. The most common source of new customers for private aviation providers are referrals from current customers. Some even offer current customers incentives to recruit new ones.

Knowing your friend flies with X and he or she is happy is good to know. That said, your friend’s travel needs maybe different from yours, so the solution that works well for them, may not be a fit for you.

What are the best private jet options for me?

One-off charters are the typical entry point. In industry lingo this is called on-demand. The next option is some sort of jet card or membership program. It’s another form of charter. In the U.S. alone, there are more than 60 providers with policies and benefits varying widely. In fact, I’ve identified over 65 variables that can impact which program is right for you.

Fractional ownership and leases are also popular and bring you many of the same perks as owning your own jet, but come with commitments of three to five years. Then of course, you can own your own aircraft, and here the choice is not only type, but new versus used.

It’s often said if you plan to fly under 25 hours per year, charter on-demand. For 10 to 100 hours, look at jet cards and memberships. From 50 to 400 hours, fractional shares or lease might be right, and over 200 hours per year, full aircraft ownership is a realistic consideration. However, your needs might guide you down a path outside these generalities.

Created by NetJets founder Richard Santulli in the 1980s, and then popularized after Warren Buffett bought the company in the 1998, the sharing concept of private jets vastly expanded the market of regular users, filling the wide chasm between full ownership and on-demand charter. Jet cards were only invented in 1999.

Whether you go for a lease or buy a share often has to do with tax implications. Contracts are typically for three to five years. A 1/16th share, the starting point for most programs, is equal to 50 flight hours per year.

The way it works, a quarter share of a $20 million jet is $5 million upfront, which can be financed. You then pay a monthly management fee, and when you fly, an hourly rate, plus variable fuel surcharge updated monthly or quarterly. You get both guaranteed availability and fixed one-way rates. At the end of your contract, you get the residual value of your share back.

Lead time for reservations can be as little as four hours and for certain aircraft and programs, the service area where you can fly without ferry fees includes everything from Europe, to Africa, Asia, and Australia.

You can often switch from the type of aircraft you bought to another type in the fleet with an interchange fee. Upgrading to a larger jet is sometimes as available.

Fractional ownership and leases are popular with corporate flight departments needing supplemental that don’t want to add to their existing fleets. Unlike full ownership, you don’t have to worry about hiring a new pilot after yours quit or replacing that $50,000 windshield after a birdstrike.

The biggest downside of fractional ownership is the commitment. You need to manage your use of hours, as they are allocated on an annual basis, although there are rollover provisions. If you aren’t flying regularly, you still pay the monthly management fee. Lastly, you don’t know your true cost until you sell your share at the end of the contract. A lease will give you a fixed price, however, you lose the tax benefits of ownership.

NetJets (Berkshire Hathaway)
NetJets is the world’s largest private jet operator, and has a separate subsidiary in Europe to service clients there and in the Middle East. Its wide range of aircraft options include the Phenom 300, Citation XLS (a midsize jet NetJets sells as a light jet), Citation Sovereign, Citation Latitude, Challenger 350, Citation Longitude, Challenger 650, G450, Global 6000 and 7500.

Flexjet (Directional Aviation)
If NetJets is Hertz, then the second largest provider, Flexjet, plays the role of Avis, as in “We Try Harder,” if you remember those classic commercials. Its chairman Kenn Ricci is considered one of the industry’s most innovative executives. His Nextant Aerospace remanufactures aircraft. Constant Aviation quickly moved into providing bio-protection treatments after the COVID-19 outbreak.

Flexjet has worked to provide a different approach with its Red Label fleet of fashion-forward interior designs. Pilots stay with the same aircraft, so it’s more likely to run across the same flight crews during your travels. Flexjet also has an order for next generation supersonic business jets.

Instead of selling its G650 program by the traditional hours per year metric (1/16th = 50 hours, 1/8th = 100 hours), you buy days. It’s a good idea. For that multi-city trip to Europe, you can keep the same aircraft with you for the entire journey, even if you are in Paris for a couple days. You don’t have to clear all your stuff at every stop, making it more like its your own airplane, which is the point.

Other U.S. Fractional Providers
After the Great Recession, fractional programs took a backseat to jet cards as folks who got caught short decided they might prefer private aviation options without the multi-year commitments.

Nicholas Air is a bit of a hidden gem. Privately owned by founder Nicholas Correnti, it offers a rapidly growing national program on a diverse fleet consisting of Pilatus PC-12 turboprops, Phenom 100s and 300s, Citation CJ3 and Latitude types, and the Challenger 300. With the ability to carry nine passengers, its Phenom 300 provides an economical option for trips that might normally require a super midsize or even large cabin aircraft. Its fleet age averages under five years.

PlaneSense, which uses the PC-12 and more recently the jet PC-24s, is moving its footprint from the east and midwest towards the Pacific. Northern Jet Management serves customers in Michigan and Floria. In Canada, AirSprint is the big player. You will also find cottage fractional share programs on a local market basis. ✈

Back To Articles
Get Started