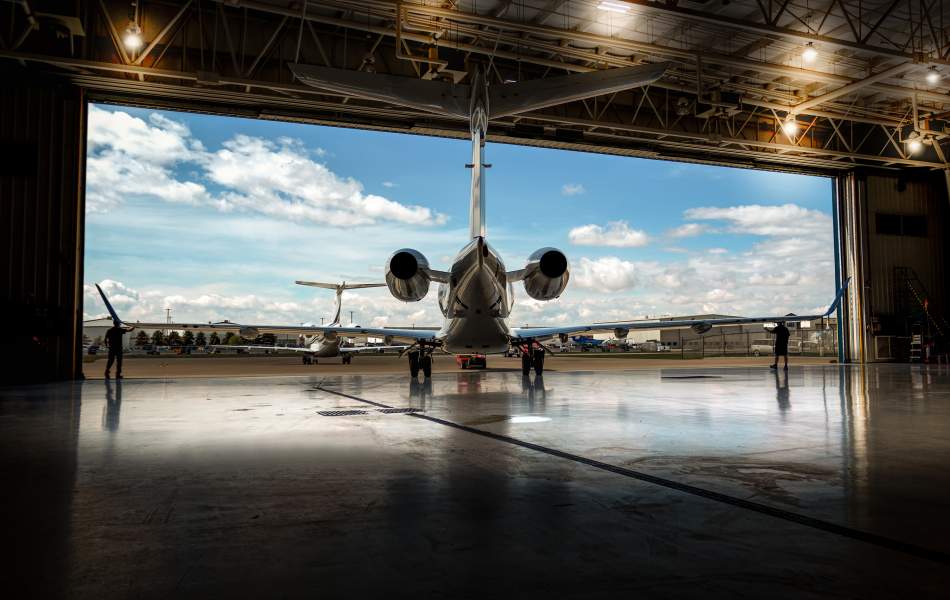 Whether it’s airline food, missed connections, lost luggage or the ever-shrinking legroom, everyone has stories about the hassles of flying. As Al Gore once said, “Airplane travel is nature’s way of making you look like your passport photo.”

There is an alternative, but it comes at a price. AirSprint Private Aviation, based in Calgary, offers wealthy Canadians and businesses a chance to own part of a private jet—along with the option to fly a certain number of hours a year, when and where they like. With its fleet of 17 jets, including eight new long-range Embraer Legacy 450s that can whisk eight guests from Vancouver to Hawaii or Toronto to London, AirSprint now serves over 200 Fractional Owners from Newfoundland to Vancouver Island.

AirSprint was founded in 2000 by two Calgary pilots-turned-lawyers, Judson Macor and Phil Dewsnap. They had a vision of offering superior travel experiences to people who maybe can’t afford to own a jet, but want something better than business class on a crowded 737. Fractional Ownership took off in the mid-1980s, when a U.S. aircraft-charter company now known as NetJets became the first to sell tiny percentages of each plane to individual owners. In 1998, the economics looked so bright that one of the firm’s fractional flyers, investor Warren Buffett, bought the company.

The experts said Canada was too small for Fractional Ownership to succeed, with travel concentrated on just a few routes between cities already well-connected by commercial airlines. But by emphasizing comfort, service and convenience (each plane offers WiFi and a satellite phone), AirSprint proved the critics wrong. Last year the company logged more than 11,000 flights—split almost evenly between business and leisure travel.

“The idea behind Fractional Ownership is to take all the benefits of private aviation and put them in reach of exponentially more people,” says AirSprint president and COO James Elian. Ownership starts at $600,000 for a 1/32nd share of an Embraer 450—good for 25 hours of flying a year. (If you think that’s a lot, consider a single plane costs US$18 million.) With more and more clients doing the math, Elian says, “We just had our fourth record year in a row. Since 2016, we’ve added 10 new airplanes.”

Elian joined AirSprint in 2001, “when it was still struggling.” As a boy, all he wanted was to fly for Air Canada. But after a few years as a first officer, and later as AirSprint’s chief pilot, Elian found that employees share the benefits of fractional flying. In one five-month period he flew into 63 airports, a total most commercial pilots would take years to match. Each flight offers two pilots, but no flight attendants; the pilots meet their passengers at the plane, take their bags and serve them a glass of wine. “You get to know the Owners quite well,” says Elian. “They’re some of the finest people I’ve ever met.”

One such Owner is Juan Speck, president of Sotawall Ltd., from Brampton, Ont. Sotawall is a manufacturer of curtain walls—the shiny glass and steel exteriors of high-rise office towers. Sotawall sells throughout the U.S. Northeast and Midwest, including many cities that are at least two commercial flights from Toronto. To reduce travel time and stress, Speck says he invested early in private aviation, first by chartering an occasional plane, then by buying flight time through a U.S. company. But about a dozen years ago, he bought into the AirSprint fleet. “We started with 50 hours [per year], then we added another 50, and then another 50,” Speck says. “We just needed it more and more.”

Speck says flying private lets you “make your own path. It cuts hours and hours out of your travel time.” The cost is high, he says, but “the convenience becomes addictive.” Speck values his personal time as highly as his business hours. With a home on Nantucket Island, just off of Cape Cod, Mass., he used to fly commercially into Boston, and then take a private plane across Nantucket Sound. With AirSprint, he says, he and his guests can now jet directly to the island, saving tiresome transfers.

There’s another aspect to private aviation that only the pros know: sending your jet to pick up prospects or customers to bring them to your business. Speck says U.S. clients are often leery of flying to Canada, given the short-haul flights and the long customs lines. So he brings people to see him, providing the plane to pick them up and get them home again (often in time for dinner). Meeting clients on the plane gives you additional time to build trust, says Speck. “It’s definitely made closing deals much easier.”

James Elian had to give up the captain’s seat to become COO and then president, but he still believes in standards and discipline as the foundation of success. He loves to quote AirSprint’s six corporate values, which all 140 employees take as seriously as the pre-flight checklist: “safety, service, people, integrity, humility and community.”

While most of those values seem self-evident, AirSprint’s secret sauce might be humility. Asked how that applies day-to-day, Elian says, “We believe we can always get better. We can benefit from the feedback of others, both team and customer. We never want to make the same mistake twice.”

In pursuit of that goal, last year AirSprint undertook the task of standardizing and improving every step in the owners’ journey. The company identified 147 customer touchpoints, ranging from the initial marketing outreach and the booking of flights, to welcomes at the hangar, the quality of on-board catering, and the provision of a rental car at the destination. “We were very aggressive about improving every step,” says Elian. Instead of offering just one type of wine, AirSprint now varies its selection by location and season. The company even tracks the favourite treats of customers’ pets.

Now that it has standardized customer service, Elian is focusing on, well, pretty much everything else. “This year we’re strengthening the fundamentals,” he says. This means everything from tightening up maintenance and safety to new technology, flight patterns, customer behaviour and even fuel economy. “After all the expansion we’ve seen, we need to make sure we’re doing the basics well. We’ll be focusing on a lot more than 147 items this year.”

Essentially, Elian is filing his flight plan. He’s preparing the company for growth, including a potential doubling of the fleet within five years. “The more that we can understand the reason that someone is interested in private aviation, the more we can treat them as individuals, and the more success we will find.” ✈